Beating The Bureaucracy - The Persistent Patriot
"He Was A Fighter!" - His 1976 Bicentennial Stamp Project

In 1976, my Dad accepted a challenge promoted by the Government funded "Bicentennial Commission,"  to undertake a project "which manifested the pride, the priorities and the hopes of the community."  His goal was to get eight complete sets (one for each of his children) of newly issued Bicentennial Era State Flag postal stamps, cancelled in the capital city of each state on the 200th Anniversary of the USA Indepedence on July 4, 1976.

His project was nearly derailed when just one state capital postmaster in Lansing, Michigan, attempted to thwart his project.  This newspaper article (click here), published on December 26, 1976, in the Lansing State Journal, the newspaper of Lansing, Michigan, chronicles Dad's experience with the Lansing Postmaster and Government officials in what MIGHT have been a sad ending with an incomplete stamp collection - bicentennial project.  However, as Dad detailed in his summary (click here), he was able to achieve his goal and pass along a complete set of Bicentennial Era State Flag postal stamps cancelled in the capital city of each state on July 4, 1976, to each of his eight children.

I am proud and happy to own one of the eight complete set.

Following is the article published on November 20, 1976, in the San Luis Obispo Telegram-Tribune about the project when it was yet to be completed.

The whole story of how Dad got the final Lansing, Michigan, postal cancellation will be told at a later date. 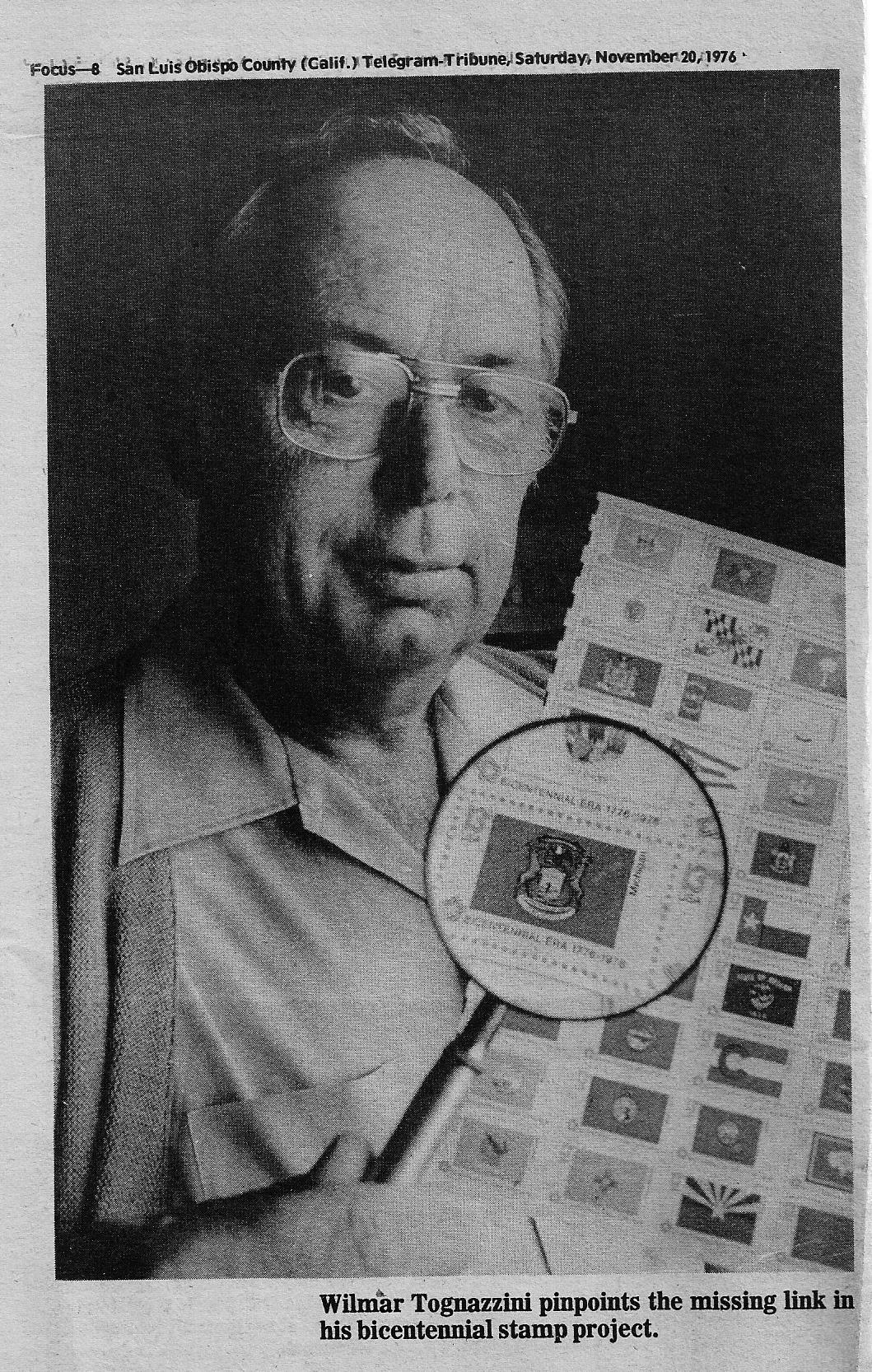 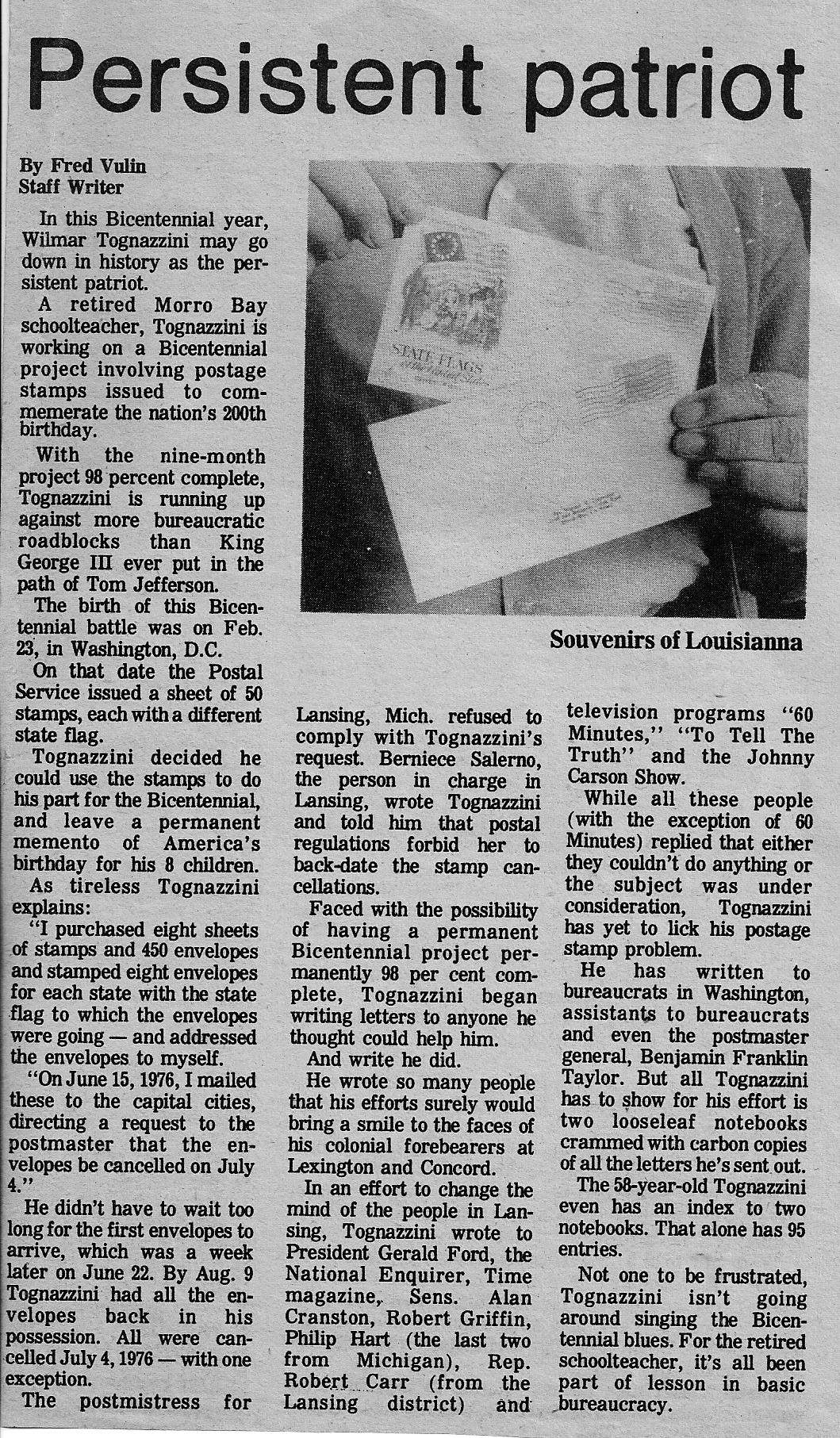